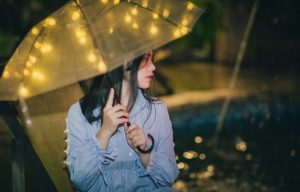 Choosing the right type of lighting for your warehouse not only helps keep the space and your staff safe, but it also offers a number of operational benefits. In recent years, LED lighting systems for warehouses have taken off due to the benefits they offer, such as:

There are, however, a few things to consider before you go out and buy LED bay lights for your warehouse in Wesley Chapel.

Look for LEDs with a High CRI rating

Generally, LEDs score high in the Color Rendering Index (CRI), which provides a system of measuring how accurate the colors of objects appear under a light source. Basically, the index shows how red a red object or how yellow a yellow object appears under a certain light using a scale of 0 to 100.

Natural light has the highest CRI, but some LED lights are not too far behind. CRI is important in warehouse lighting because it shows the fine details of objects. In warehouses, shipping yards, factories, and other industrial or commercial facilities, the colors of signs and hazardous areas need to be as accurate as possible for obvious safety reasons. Beyond that, workers need good light to see markings on boxes, shipping containers, components, equipment, and manuals.

As a general rule, you should get an LED bay light that rates no lower than 85 on the CRI.

Choose Bulbs that Work for the Space

Warehouses are not just large, empty spaces. Some have designated office and receiving areas that require softer lighting—the kind industrial LEDs aren’t known for. Other warehouses may also have living quarters for staff who stay in the area. Having the same lighting for these spaces won’t do.

In other words, when setting up your warehouse’s lighting system, it’s important to look beyond bay lights. Be sure to include a mix of general or ambient lighting, task lights, and even accent lights. You’ll also need to consider outdoor lighting for spaces like parking areas, sidewalks, and walkways.

LEDs Can Cause Glare

Although LEDs are known for their high quality of light, many of the LED products in the market create a “spotlight” effect when used. The bluish cool light produced by LEDs has been described to act like “laser beams” that shine downward and cause a harsh glare. Too little light is obviously bad, but too much light can also lead to accidents like trips and crashes.

A simple way to avoid this is by adding reflectors to your bay light fixtures. You can also look for LED bay lights designed to have less glare.

Look for a Good Supplier

With commercial and industrial facilities, you can’t just go to your nearest hardware store and pick the first LED lamp you see. These environments have special concerns, such as temperature, height from the ground, and durability. Look for a lighting provider that specializes in industrial environments as they can advise you on these and other concerns you may be overlooking.

Keep these in mind when you’re choosing LEDs for your warehouse lighting system to get the most out of your investment.